“Debbie has progressed greatly over these past few years. She has become stronger and continued to be involved in a counseling program.” 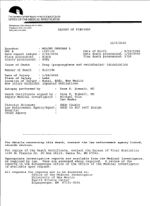 Coroner’s Report on
the Death of
Deborah L. Malone

The truth is Debbie is dead. On January 28, 2002, Deborah L. Malone (formerly Christensen) – a friend and associate of Jeff Jacobsen and a former client of Rick Ross – took a deliberate overdose of anti-depressants and narcotic painkillers, and died seated in her car at a lakeshore. She left a suicide note in her vehicle. The only explanation the medical examiner could find for her suicide was her complaint of depression. Debbie was 35 years-old.

Jeff Jacobsen was a member of a so-called anti-cult group that Christensen founded in Arizona in the late 1980’s, several years after she ended her involvement in her parent’s religion. During this period, Jacobsen hooked up with convicted jewel thief Rick Ross and became involved in Ross’s newest profiteering enterprise, “exit counseling” – a euphemism used by deprogrammers to legitimize the days and sometimes weeks of mental and physical abuse that they force on individuals in an effort to force them to give up their faith.

Jacobsen was anxious to turn his hatred of religious groups into a career and, while a member of Christensen’s group, wrote to the old Cult Awareness Network apparently looking to advance himself within the network of anti-religious hate groups. At that time, CAN President was Michael G. Rokos, who was convicted in 1982 of attempting to solicit sex from a young male police officer who was posing as a teenage prostitute. In his 1989 correspondence with Rokos, Jacobsen cited such stellar academic credentials as having completed “5 hours of independent study on brainwashing and conversion,” and field work comprised almost entirely of “having chased Moonies out of the K-Mart parking lot.” 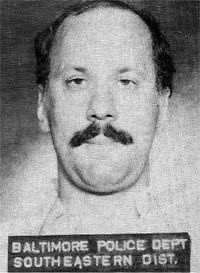 Jacobsen and others attempted to expand Christensen’s group to include attacks on numerous religions but Christensen insisted on confining the group to its original purpose. Still Jacobsen and Ross remained closely involved with Christensen. In a 1992 affidavit, Ross claims that, shortly after they met in 1988, Debbie Christensen sought counseling from him and that Ross spent “many hours” counseling her and her husband, Carl. Debbie also received psychiatric counseling, and a newspaper article hailing her alleged “recovery” still appears on Ross’s website.

“My net impression,” Ross swore in his affidavit, “is that she [Debbie] has confronted her pain and problems in an effort to face them and become better. She seems to have succeeded.”

By 2002, after years of such “counseling,” and whatever poor assistance “friends” like Ross and Jacobsen chose to offer, Debbie took her life, having used her psychiatric drugs and narcotic painkillers for the only thing they proved good for.