Fredric Rice joined Keith Henson in hate marches against the Church of Scientology during the time Henson was executing his campaign in Riverside County, California. Newsgroup postings by Rice evince his complete support of the hate crime for which Henson was later convicted. On one occasion, Rice brought his children to witness Henson’s acts of bigotry and intolerance, apparently to set an example of what he believed should be his children’s future conduct. 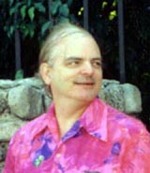 Rice has a long history of engaging in hate campaigns against various religions, his primary target being Christianity. As a member of the Skeptic Society, run by psychologist Michael Shermer, Rice maintains the fanatic belief that it is within his rights to judge these religions, vilify them at will, and encourage others to do the same.

Rice has compared Christianity to Nazism; he refers to the Catholic Church as a cult.

His web site, “Skeptic Tank,” incites bias and prejudice toward Christians with such propagandized titles as:

While pretending to be engaged in the pursuit of “truth,” Rice demonizes Christianity with such statements as

“Hitler did nothing new; he and his machine did nothing the Christians which came before him didn’t do.”

Rice’s inflammatory lies about such religions as Christianity, Scientology, and the Church of Jesus Christ of Latter Day Saints, clearly serve no other purpose than to spread intolerance via the internet, the influence of which can be seen in the “The Influence of Hate” section of this site.

Rice’s extremism is not limited to religion. In recent newsgroup postings he made the following comments regarding the FBI Joint Terrorism Task Force and the US Government:

Nothing has changed. The U. S. government’s war against blacks and Mexicans — what they called their “war on drugs” — was a massive failure if looked at the stated goals (drung [sic] interdiction) yet a massively successful campaign if looked at what they were really trying to do (maintain their un-needed, outdated infrastructures.)

The bastards needed some excuse to step away from their pretend “war on drugs” — which also removed citizen’s rights — and now we all get treated to the same ole’ same ole under a different name.

And his wish for the current U.S. President and his father (a former President)?

When George Bush and/or his son are dead, I’m throwing a party at my house.