David Touretzky is a researcher in the Carnegie Mellon Computer Science Department. He also spends hundreds of hours spreading hatred over the internet from his office at CMU. Touretzky works nights instead of the usual school hours and so is able to spend much of his time online, unobserved by colleagues and administrators. As a result, almost any evening Touretzky can be found using the resources and facilities of Carnegie Mellon University to preach his racist, bigoted views to anyone from his fellow fanatics to his unsuspecting students, while the taxpayers pay the bills.

Touretzky is deeply involved in extremist activities. As an example, it has been calculated that, in less than a year, he spent over 300 of his supposed “working” hours participating in hate newsgroups and chat rooms. It must be presumed that Touretzky was paid full salary while he spent those 300 hours spreading hate on the internet, a fact that should be of concern to his employers at CMU as well as those government and private institutions that have thus far funded Touretzky’s research grants to the tune of more than $5,000,000.00.

This research, which involves experimentation on live rats, should itself perhaps be questioned in that Touretzky frankly admits that he is overpaid:

“My money comes mostly from the US govt, not corporations. So if we raise taxes and hike the NSF and NIH and DARPA budgets, that would be to my benefit. … I’m already overpaid.” – David Touretzky

“Man, Hispanics are f—-ed up, which is why they’re still working class. Dipshits.”

“F–k the Muslims. … check out the bloody Muslims .. jeez what loons.”

“this is NOT good publicity for the Mor(m)ons … he’s a psycho-Mormon.”

“I’m for post-partum abortion! Retro-active abortion! Up until, say, the age of six months.”

In one of his federal grant applications Touretzky wrote:

“This money will be used to help bring faculty and/or students from Historical Black Colleges and other institutions with large minority enrolments to Pittsburgh, for events aimed at increasing minority interest in the graduate programs affiliated with the Center for the Neural Basis of Cognition.” 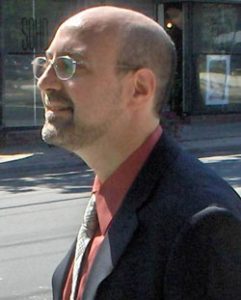 Touretzky maintains web sites via the CMU server that promote his bigoted, extremist agenda. As examples of the kind of sick content he encourages anyone to view, one of these sites uses pornography to mock and desecrate religious practices while another provides detailed instructions on how to build a fertilizer bomb (the kind Timothy McVeigh copied off the internet and used to massacre men, women and children in Oklahoma City).

When called to account for his hate activities, Touretzky is quick to hide behind the banner of “free speech” – a specious argument at best when one considers that Touretzky’s entire anti-religious hate campaign is specifically designed to denigrate the beliefs of others and thereby inhibit their ability to practice their religion and speak freely about their beliefs.

Recently one of Touretzky’s fellow newsgroup members proved this hypocrisy by posting to the internet information about Touretzky’s visits to a local sex shop and the purchases he makes there. Did Touretzky respect her right to “free speech?” Of course not. On the contrary, he kicked up such a row that the Internet Service Providers in question took the sites down, regardless of the fact that they were violating that individual’s Constitutional rights.

While racism and bigotry are sicknesses that we must tolerate in private individuals in order to have a free society, as taxpayers we are under no obligation to pay their salaries or tolerate their misuse of our public institutions. David Touretzky is using Carnegie Mellon University as a platform for his hate agenda, in violation of University policy. He constantly uses his position as a CMU professor to lend credibility to his views, even giving press interviews from his office. In a Danish TV interview Touretzky portrayed himself as an “expert” on matters about which he is utterly uninformed but again made it look as though CMU was sanctioning his interviews.

David Touretzky is not a person who makes the occasional discriminatory remark out of ignorance. On the contrary, he is engaged in a dedicated attack on races and religions.

We invite you to read the statements Touretzky has made and decide for yourself whether or not Touretzky should be allowed to continue his activities at the expense of the taxpayer. If you think he should not, contact your local Senator and Representative and request their assistance to look into Touretzky’s utilization of government funds. For more information on how to find your Senator or representative visit http://www.senate.gov/ and http://www.house.gov/ If you know of instances where David Touretzky has been involved in the waste or misuse of government funds you can also write to webmaster@religionfreedomwatch.org